Time Value Investment’s Monthly Market Update is designed specifically to meet the needs of public entities. You will find each page in this concise report to be relevant to the public funds investor.

This update is generated on the first Friday of the month, to correlate with the U.S. Department of Labor “Employment Situation” news release. Experience has demonstrated that this release tends to impact those securities, Treasury, Agency, Municipal, and Corporate bonds, most commonly utilized by public funds investors.

Today the "Change in Nonfarm Payrolls" and "Unemployment Rate" statistics were released for the month of October. This data is important to monitor as it tends to influence interest rates. Below please find an economic update for the last month, including current market information reflecting the most current data.

Two of the popular measures of US employment status are "Change in Nonfarm Payrolls" and "Unemployment Rate."

This graph shows the United States Treasury interest rates for maturities ranging from 1 month to 30 years.

Stocks are not typically permitted for public funds investing. However, they do play a role in the broader economic picture and consequently can influence interest rates. 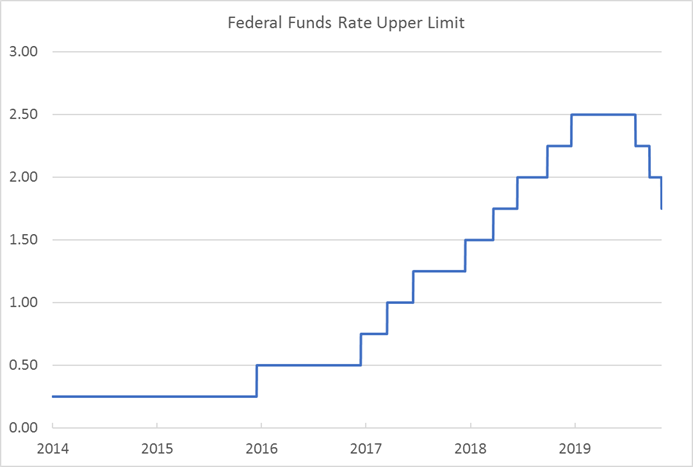 The Federal Open Market Committee (FOMC) meets approximately every six weeks and determines the level of the Federal Funds Rate.

If you’d like to receive TVI's Monthly Market Update at no charge, just fill in the 3 boxes below and let us know.